Helping those in need

Our team is comprised of dedicated professionals who are qualified in social care at third level to the highest standards. Their experience and qualifications are such that they could operate in any residential care centre for children. This ensures that we provide the highest level of care according to standards and accreditation which are independently verifiable. 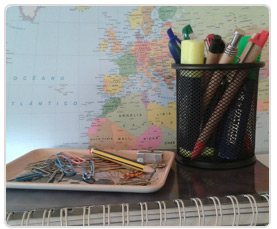 2014 saw the first full year of a placement support worker to help smooth the transition from care, back to the community by liaison with the child’s family and circle as well as having a role in the arrangements and supports for aftercare. Home Again receive no funding from the Tusla for this service and therefore rely on the support of their donors.

David was educated at Blackrock College and went on to obtain a Bachelor of Civil Law Degree in U.C.D. in 1965. He qualified as a solicitor in 1967 and was principal in Arthur O’Hagan Solicitors, Dublin until that firm merged with Mason Hayes & Curran, retiring from that firm in 2011. A director of Home Again for upwards of forty years, David is currently President of Home Again, having previously served as Chairperson. He is a director of Educena, a company responsible for managing the property assets transferred to it by five Religious congregations. He is also Membership Secretary of the Rathmines & Rathgar Musical Society and a member of the Board of Management of St Raphaela’s Primary School, Stillorgan. In the past he served as Chairperson of the Boards of the Coombe Women & Infants University Hospital and Mount Anville Secondary School and as member of the board of the former Mount Carmel Hospital.

Educated at Clongowes Wood College and the Military College, Co. Kildare. Tony spent 12 years as an Army Officer before joining Aer Lingus where he spent 28 years as a pilot. His main interests are Politics and Sport.

Mary qualified as a chartered secretary in 1986 and over the past 30 years has a wide range of experience working with the boards of both public and private companies, as well as several voluntary organisations. She has worked in company secretarial, corporate governance and compliance areas. Her interest in the work of Home Again stems from childhood through her father who was one of the first members of the organisation.

Stephen was called to the bar in 2010. He is a practising barrister and an associate of the Irish Tax Institute (A.I.T.I.).

Michael is an accountant by profession. He set up and runs Corporate Finance Ireland Limited and is involved in various other companies. Michael has always had an interest in youth and his community and is a Council member in Booterstown Parish and Chairman of its Finance Committee. In the latter role he has been responsible for the administration and funding of Booterstown Youth Club – one of the most progressive in Leinster with an ever expanding range of activities for its young members. Michael has been involved with Home Again since 1980 having worked closely with its founder, Fr. Michael Sweetman, when it was known as the Los Angeles Society, and with Brendan Colfer its director for many years, in which role Brendan was honoured as a Dubliner of the year. Michael has been Honorary Treasurer, President and Chairman of Home Again.

David qualified as an accountant in 2002 and since then has been working in the financial services industry. Prior to 2002 he worked in the mobile phone industry. David is also a member of Old Belvedere Rugby Club and is a member of the committee for the St. Michael’s Past Pupils’ Union. He joined the Board of Home Again in 2012 as Treasurer.